While on patrol near Overton, Officer Nathan Bradford received a call that a driver had lost control of

her vehicle, launching it over a twenty foot embankment and into the Muddy River. Officer Bradford

elderly woman and her dog trapped inside. He immediately shed his heavy gear and jumped into the

river. While chest-deep and sinking in the mud, he managed to pry open the car door, lift the woman 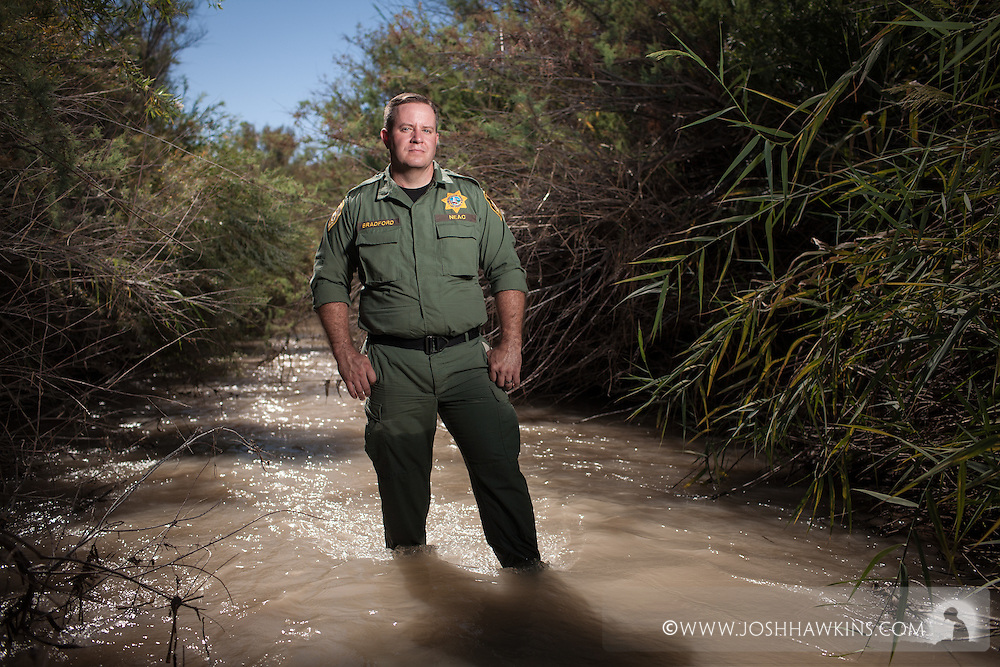